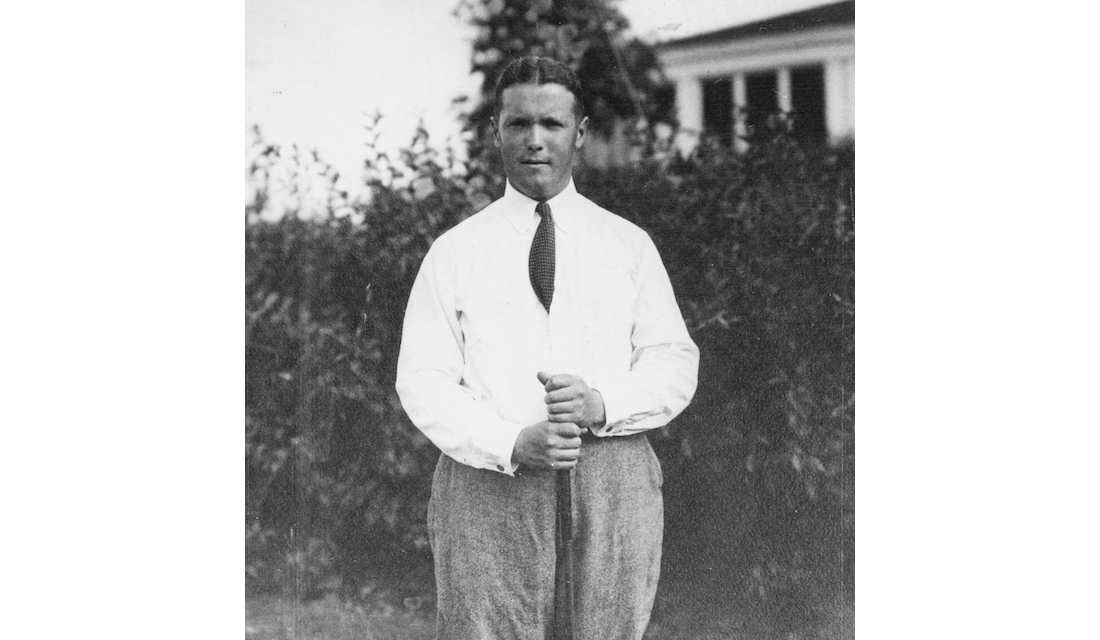 The 1919 U.S. Amateur was the first major championship to be played at Oakmont Country Club and produced one of the best “hometown boy does good” stories in the early days of the game in the United States.

S. Davidson Herron grew up across the street from the gates of OCC and used to sell lemonade to players in his younger days as they made their way around what was to eventually become one of the best championship courses in the world.

Little did anyone know that this young man, who most likely drew very little attention in the days leading up to that U.S. Am, would eventually slay a field full of plenty of the greats of the day. That list would include some names that might be familiar: Bobby Jones, Francis Ouimet, Harry Vardon and Charles “Chick” Evans.

Herron played Oakmont as often as he could, often getting on with his friend, “Heinie” Fownes, the son of Henry C. Fownes, the founder and designer of Oakmont. Legend has it that on those long summer Pittsburgh days, Herron could make it around Oakmont as many as six times in a day.

He also got into a “ringer” tournament there, an event that required a player to make a birdie on every hole at some point. He did fairly well in that, as the story goes, with one notable exception. He just couldn’t find a way to make a 3 on the tough opening hole.

Herron played the hole over and over and over, to that point his dad had to hold a flashlight to find ball in mid-flight while daylight started slipping away.

Oakmont had opened just 15 years prior to the ’19 U.S. Amateur but proved up to the task of a major championship.

Herron was a tri-medalist in the qualifying rounds and began to pick up more and more notice when the steel mill worker whipped J.N. Sterns, 7&5 and Canada’s W.J. Thomson, 8&7 to reach the semifinals.

Said Herron after the win over Thomson, … "it must have seemed inhospitable for a home player to greet a visitor from Canada with a score like that.”

That didn’t stop him from pounding J. Wood Platt, 7&6 in the semis.

His opponent in the finals was Bobby Jones, who hung a 5&3 decision on W.C. Fownes, the oldest son of Oakmont’s architect.

Jones won the second hole of the match, the only time he led in the match. But Herron responded to take a 2-hole lead after 9 holes. But Jones squared the match as the players broke for lunch, setting up an afternoon showdown under a blazing sun and in front of an estimated gallery of approximately 10,000.

The match continued to be a close one, but Herron won the 31st hole and got a half on the 32nd, he closed out the great Bobby Jones and won the original two-handed U.S Amateur Trophy. Jones wouldn’t win the first of his 9 national championships until the 1923 U.S. Open.

But for Herron, the win at home was his greatest in golf. He represented the USA on the second Walker Cup in 1923 and won the Pennsylvania Amateur in 1920 and 1929. He never challenged again on a national stage.