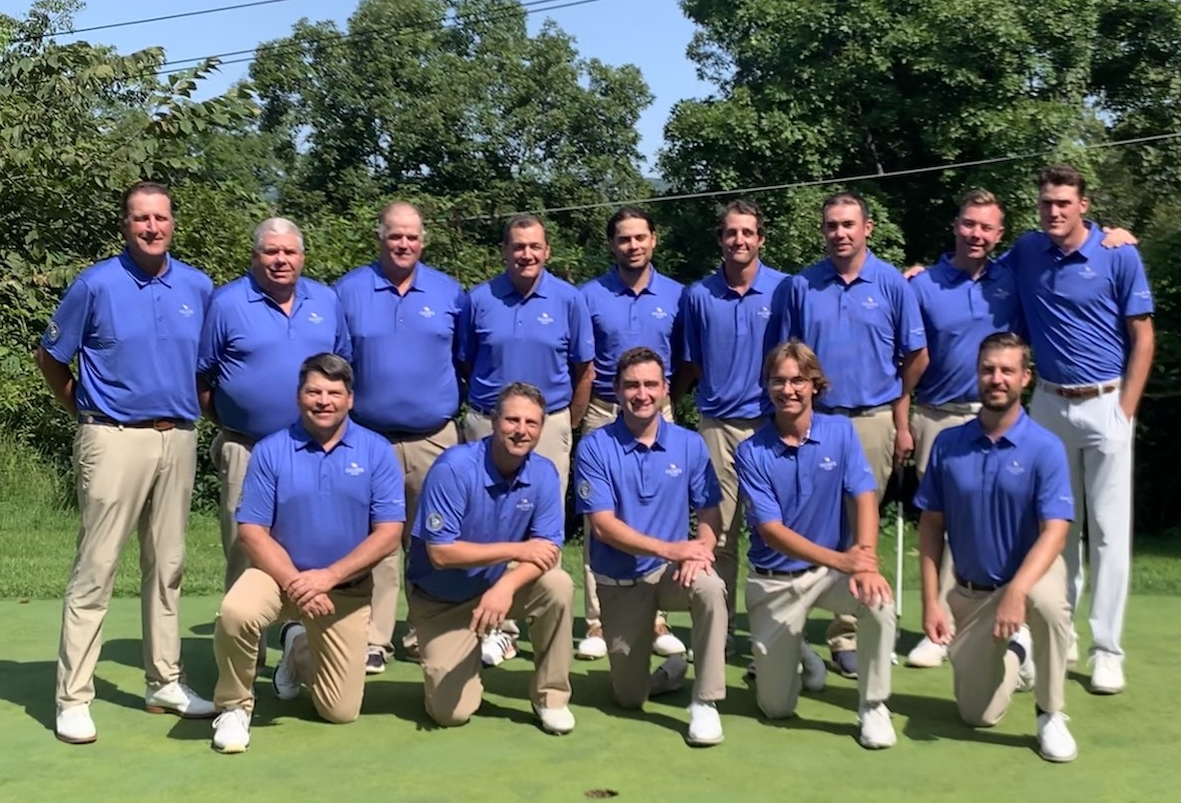 Team WPGA before the afternoon matches

Six years after the man for whom the event is named after passed away, there’s still a specialness about earning a spot in the annual Palmer Cup matches for players from the Tri-State PGA and the West Penn Golf Association.

Many of those invited may have played Latrobe for other events or for casual rounds but many have also not played in this prestigious event. This year schedules of some of the best players made it possible for players, especially on the amateur side, to take part in this event.

“I do like this one a lot,” said Kevin Shields, one of the top players on the Tri-State PGA this summer, and, oh yes, he’s a senior player. “It’s a great day. It’s great to see everybody in that atmosphere.”

“Anything that has Arnold Palmer attached to it, you really want to be involved as a player,” said Sean Knapp, a veteran of many battles against his friends on the Tri-State team over the years.

Before afternoon singles began, one of the best matches appeared to be Shields against Austin Lemieux. Both players looked forward to the challenge and the match was tight for most of the day.

“He’s a good young player,” Shields said after he defeated Lemieux, 3 & 2. “He tends to hit it a mile. And while he drives it further than I do, that doesn’t affect me at all. I really can’t do anything about it, I’ve faced that a lot of years.”

While Lemieux would have loved to have beaten Shields, the day was just another step on his long-range goal: playing professional golf.

“I kind of thought this could be a classic match and it was great, other than the result,” he smiled. “Every time I get to play against or with a pro, I’m always trying to pick up little things from those guys. You never know down the road how something you pick up could help you at the next level.

“I feel like I had a pretty good year, but things really started to click for me toward the end of the season, and I’m happy about that.”

Another icon who has been long-time admirer of Palmer, is the long-time head professional at Oakmont Country Club and Seminole Golf Club, Bob Ford. He’s now an honorary captain for the Tri-State team.

“When I drive up here, when I go past the (Arnold Palmer) Latrobe airport and turn up Arnold Palmer Drive, you can just feel his presence. It’s an iconic place. He was a very special man.”