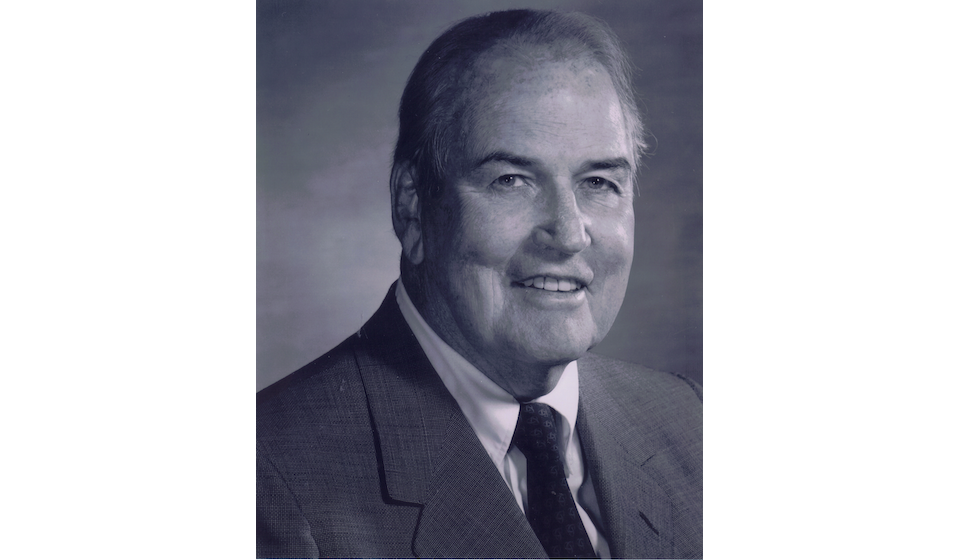 Frank B. Fuhrer, Jr, photo courtesy of the Fuhrer family.

The world lost a great one Saturday.

Frank B. Fuhrer, Jr., was not only a man with a lifelong love for golf, but he was a tough and shrewd businessman as well as one of the greatest philanthropists this area has ever seen.

He came from humble beginnings in East Brady, Pa. Fuhrer played football during his high school years and following graduation in 1943, he enrolled at Allegheny College where he lettered in football, basketball, baseball and soccer. He totaled 13 letters, a record at Allegheny.

Two years in the U.S. Air Force interrupted his college career, and when he returned Fuhrer went on to earn a master’s degree in Organizational Behavior at the University of Pittsburgh Katz Business School.

Fuhrer not only had an intense love for golf, but also became quite good at the game. His handicap reached a low of three at one point. He and his brother Richard won the 1960 West Penn Golf Association’s Brothers Championship. At Allegheny, there was no golf team at the time, but that didn’t deter Fuhrer.

He entered the Meadville Amateur Golf Championship and defeated the best of the local golf talent to win the title with a round of 69.

He started building his business from scratch in 1966 and in 2021, Fuhrer Wholesale Company sold 15.5 million cases of domestic, imported, craft, and flavored malt beverage brands with an annual revenue of approximately $300 million dollars, and now employs 330 full time and 30 seasonal employees. The company is the 20th largest distributorship in the country.

Fuhrer will long be remembered for his philanthropy. While he was a powerful force in the business world, another very important part of his life, was his legendary quest to help others.

"Mr. Fuhrer had a great impact on the game in our region," Terry Teasdale, WPGA Executive Director said. "His lengthy and continued support of the game has had a lasting impact on a number of people and organizations."

Much of that was quiet and went unnoticed but in golf, there was no one who contributed more to sustaining and advancing the grand old game.

He gave tremendous support to both the West Penn Golf Association and the Tri-State PGA Section.

He was at the helm of a two-day event, the Family House Invitational, which ran for 14 years at a cost of millions of his money. The event was considered the best two-day tournament on the PGA Tour. It raised nearly $2.5 million to help fund and expand Family House, a housing facility for families of cancer and transplant patients.

After that ended, Fuhrer created the Frank B. Fuhrer Invitational, a 72-hole event in which mini-tour and select local players who competed for a $40,000 first prize.

Fuhrer realized the importance of playing and competing for youngsters and he also funded their efforts as well. He was well aware of that after watching his son, Frank III, have a spectacular season in 1981 in which he was ranked No. 2 in the country by Golf Digest. He also won the Western Amateur and competed on the U.S. Walker Cup team.

He contributed to a wide variety of charitable endeavors, large and small.

Fuhrer rose through the ranks of the business world with a philosophy based on three words: integrity, fairness and consistency. For the most part, it was his way or the highway.

One other quote was very descriptive of a life well-lived.

Fuhrer was a member at Oakmont Country Club, the Pittsburgh Field Club, the Duquesne Club and the Allegheny Club, all in Pennsylvania, and the Loxahatchee Club in Jupiter, Fla.

Fuhrer is survived by his wife, Heidi, four children – sons David and Frank III and daughters Kate and Beth. He had 18 grandchildren and four great grandchildren.