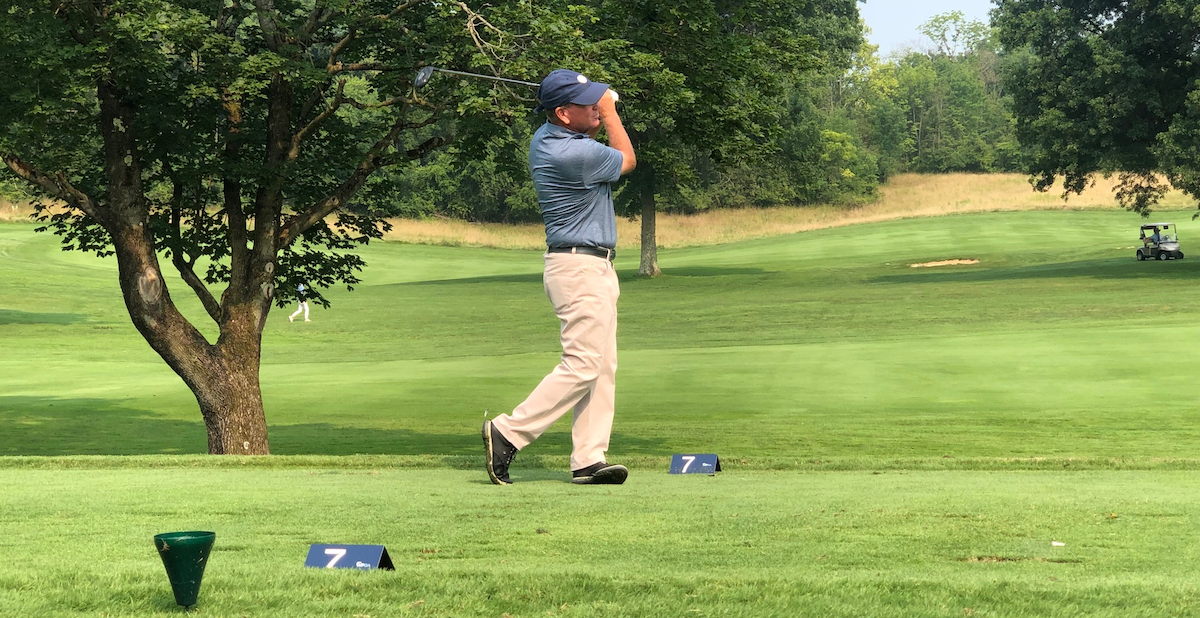 John Aber mentioned being lucky on a couple of occasions in the first round of the 118th West Penn Open Monday at Westmoreland Country Club in Export.

The 52-year-old veteran head professional at Allegheny Country Club recently competed in the U.S. Senior Open, made the cut and finished in a tie for 52nd. He finished fourth in the Falling Rock Classic and posted a 65 Monday to lead the field after 18 holes.

“I feel like I’ve been playing well for the last two or three years,” Aber said. “I played well today too, but I did get a little lucky.”

His reference to luck came on what happened on the third hole. His approach shot to the par four found the greenside bunker and that shot finished in the bottom of the cup for a birdie. But that was just one highlight of his front nine. He finished with five birdies on the front to put the rest of the field on notice and made one more birdie on the back for six birdies and no bogeys.

“Like I said I’ve been playing well the last two or three years and every now and then I play really well like I did today,” Aber said.

Aber leads a group of 10 players who bettered par on the 6,822-yard somewhat soggy course that’s taken on a lot of rain recently but was still able to stand up to most of the best players in the WPGA.

Gregor Meyer was three shots back with 68 and four players – Sasha Lobel, Palmer Jackson, Dan Obremski and Ryan Ferry -- all finished with 69s.

Meyer said he kept the ball in play by driving it well and then converting par putts on the other end.

Jackson said his 68 was a pretty good score for a round that things really didn’t go his way.