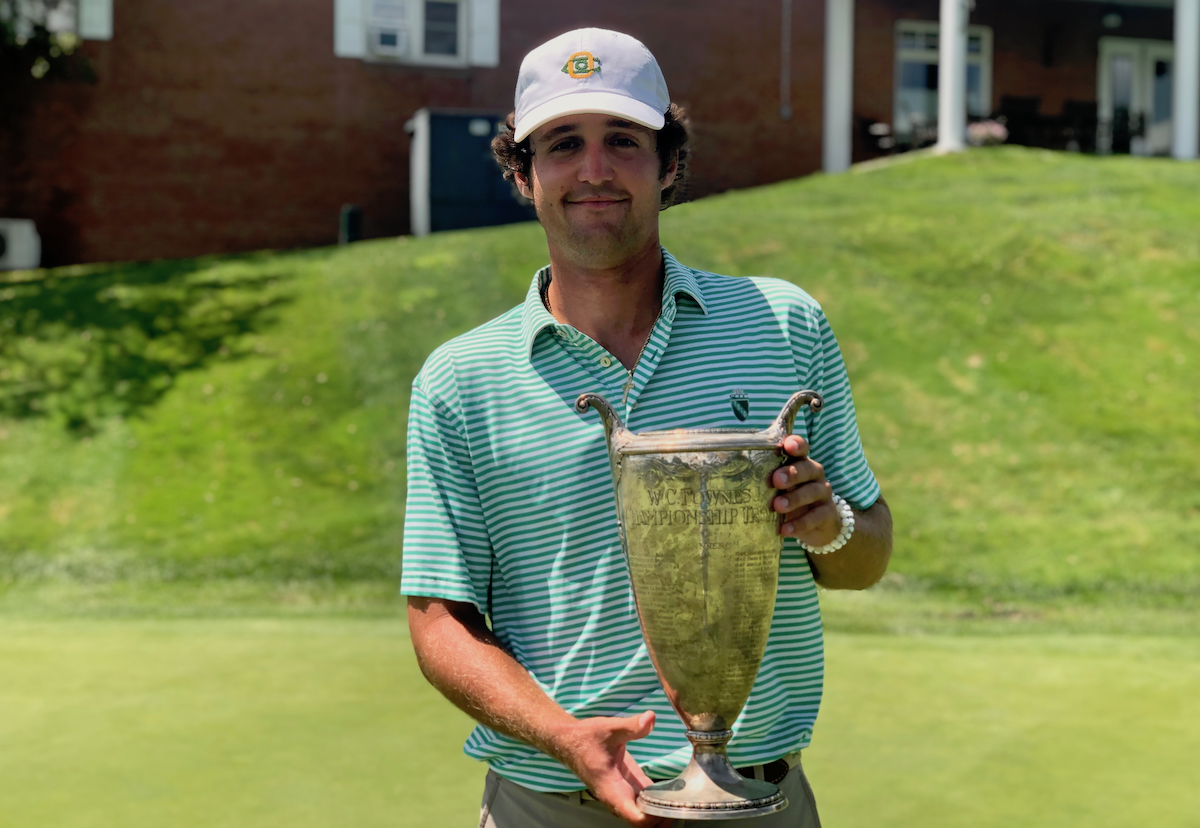 Going into the final round of the 121st West Penn Amateur, Louis Olsakovsky had a one-shot lead over Tanner Johnson. Olsakovsky’s plan was to repeat what he had done so well over the first two rounds: drive the ball long and straight, play strong shots into greens and make putts.

Not very much of that happened Tuesday at Indiana Country Club. He was erratic off the tee and fairways and didn’t make a lot of putts.

Johnson also had a game plan, and it was a very simple one.

“I wanted to hang in there, play my game and wait for him (Olsakovsky) to make a mistake,” Johnson said prophetically.

And sure enough, after the two battled back and forth over the first 14 holes, the big mistake struck Olsakovsky, vaulting Johnson into the lead he would carry to the clubhouse and the WPGA Amateur title.

“Louis and I have played a lot of golf together. In high school, junior events and now these events,” Johnson said. “It worked out today. I really didn’t know what was going on as we were going through the round and really didn’t want to know.”

“Yesterday, I hit 6-iron off that tee,” he said. “The tee was moved up and I thought 7 would be the right club. I thought I hit a great shot, but it ended up in the right bunker and that turned out to be a really tough shot. I caught too much of the ball and it flew to the back of the green. It took three shots to get down from there.”

He also bogeyed 17 and despite making birdie on 18, finished with a 75 to finish in a tie for fourth with Brett Young.

For Johnson, whose father is Brent Johnson, the golf professional at Lindenwood Golf Course who won the 2000 West Penn Open Championship at Valley Brook Country Club, there was no doubt about what this victory meant.

“It’s my biggest for sure,” he said. “You look at all of the names on that trophy, it’s special. And I don’t think no one understands how deep these fields are and how tough it is to win big events like this.”

In between Johnson, who will be a fifth-year student at Ohio University in the fall and Olsakovsky, were Matthew Mattioli, Jimmy Ellis and Brett Young, who closed with scores of 67, 67 and 71 to secure their spots on the leaderboard.

There were only three rounds under par in the final round (Ryan Peters had the other) as Indiana CC, despite being a bit wet from recent heavy rains, played to its reputation as one of the tougher layouts in the WPGA.

Many of the same players who played at ICC will be in action Monday when the 118th West Penn Open will be held for three days at Westmoreland Country Club.