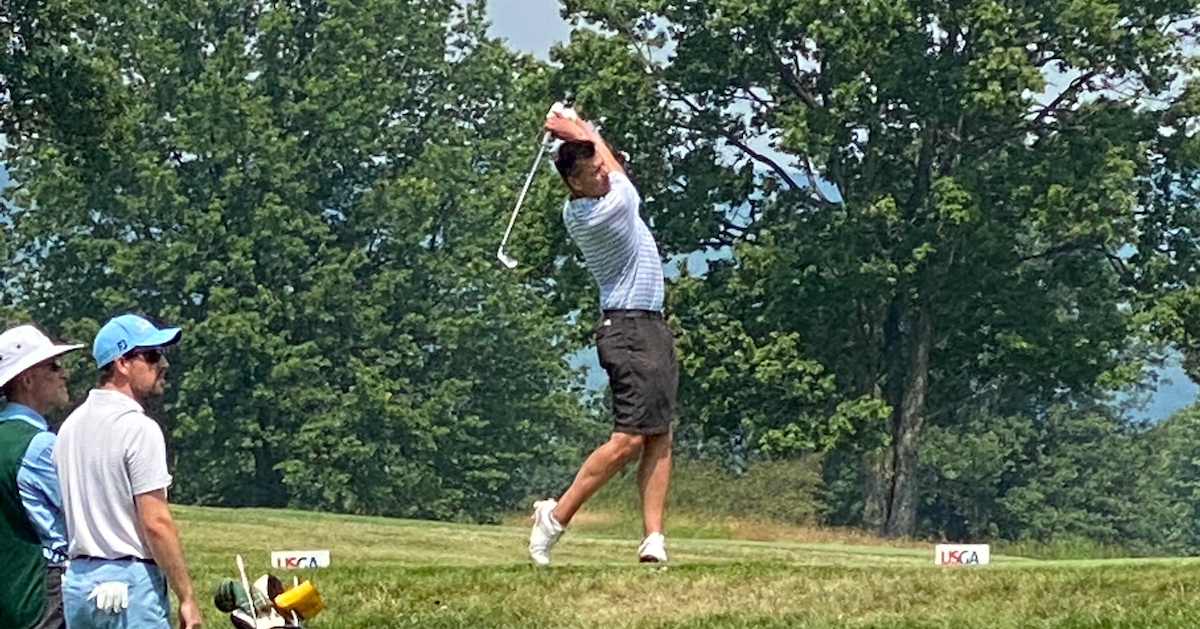 Bertrand leads qualifying for U.S. Amateur after round one at Sunnehanna
By Mike Dudurich • July 7, 2021

Two weeks ago, some of the best amateurs in existence walked the fairways of Sunnehanna Country Club in search of one of the most prestigious titles in amateur golf – the Sunnehanna Amateur title.

Monday, more talented players made that historic walk, this time with the goal being able to set themselves up to grab one of the five spots available into next month’s U.S. Amateur at Oakmont Country Club.

This time it was nearly 140 players – seven of whom withdrew and four who did not finish – who teed it up Monday morning. The rough had been cut down (not thinned out, however) and the greens were a touch slower than they were for the Am.

At the end of the day there were 16 players at even par or better, 12 of those being under par.

Leading the pack after 18 holes was veteran Erik Bertrand who put together five birdies and an eagle to go along with and two bogeys for a 65.

“I’ve been playing pretty well recently and then I ran into an old coach of mine, Ron Skiles, at Cedarbrook Golf Course,” Bertrand said. “I made a mile of putts out there today, three of them over 20 feet. I owe him.”

In a tie for second was Grant Martens and Palmer Jackson with a pair of 66s.

“It was sort of boring, just like most qualifiers are,” Jackson said. “I hit all 18 greens and putted for birdie on every hole. It felt like a hit a lot of good putts, but I left too many above the hole.”

Jackson solved that problem on the 13th, a par four of 420. He holed his second shot for an eagle, three holes after his eagle attempt on the short par five 11 stopped inches from the hole.

And Sean Knapp, the veteran who has played in the U.S. Am before, checked in with a 68.

Knapp knows however, that much work remains to be done.

“Nothing that happened today means nothing if nothing happens tomorrow,” he said. “I know I have a chance, but the work is done.”

If you’ve been following along, you’ve probably a number of West Penn Golf Association names. And that’s not a coincidence. There are several among the WPGA group who are capable of finish the second round this afternoon and find themselves making preparations for the big show in early August.

“I’m out to win this thing,” Jackson said. “I’m not interested in finishing second or eighth. If I’m here, I want to win.”

The first tee time in the second round will be at 8 a.m. with the leaders teeing off at 11 a.m.