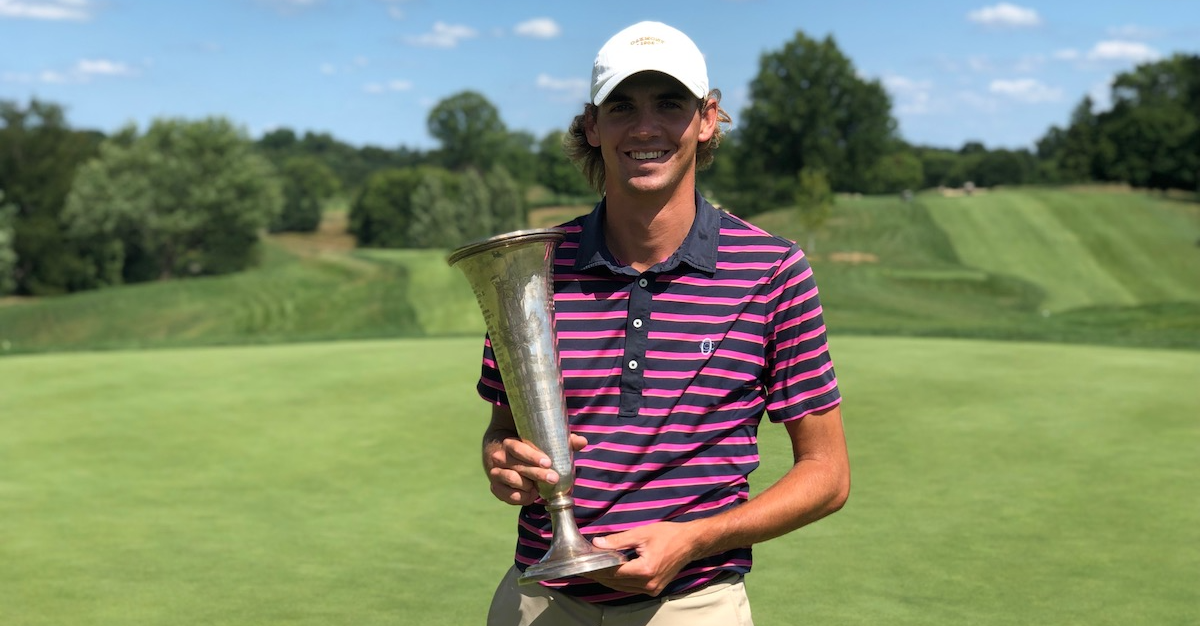 Winning is hard, regardless of the sport.

Winning a golf tournament is particularly so because of the number of factors that can contribute to the outcome.

An odd bounce, a putt that had to go in but didn’t, an unexpected bad lie.

Any or all of those things can change the outcome of a tournament and they did Wednesday afternoon in the final round of the 117th West Penn Open at Shannopin Country Club.

In the end, it came down to a 52-degree wedge from 115 yards that Mark Goetz stuffed to a couple feet on the 18th green for the victory-clincher over fellow Westmoreland County native Dan Obremski.

“It’s weird man, it really is,” Goetz, who’ll be a redshirt junior at West Virginia University this year, said. “It’s been a long time since I won a tournament. It’s just a strange feeling.”

Obremski and Goetz put together the two low rounds of the tournament in the first round, 62 and 64, respectively. For a variety of reasons – pin placements, green speeds and increased pressure among them – the scoring wasn’t nearly as good as the first day. Goetz posted a 67 and Obremski a 70.

Even though both started their rounds with eagles on the par five first, it got a lot more difficult in a hurry.

While Goetz made five birdies and three bogeys on the crucial back nine, Obremski made just one birdie coming in, that on the 10th. He also made three bogeys.

“Dan got unlucky a couple times on the back, especially on that one hole where he had a plugged lie on a downhill slope,” Goetz said.

He also was very unlucky with his putter a couple times, too, missing a pair of putts that seemed to go right over the hole without falling in.

Goetz had five birdies and three bogeys and a single par on the back, but it was enough, just enough.

“I have to give Rocco Mediate credit for the player I’ve become,” Goetz said. “I played 27 with him one day and we talked about getting into position to win and how you have to handle the feelings you get.”

The two played at Hannastown Golf Club, where Goetz recently set the course record of 60.

As talented a player as Goetz is, he said part of the weirdness of the win was that it had been so long since his last one.

“That was when I was 15,” he said. “It came in a qualifier for the PGA Junior Championship. Since then, I’ve never won a qualifier, been second a couple times at West Virginia. It’s just been a long time, man.”

While he didn’t win the championship, Obremski won the $5,130 first-prize check as the top professional in field.