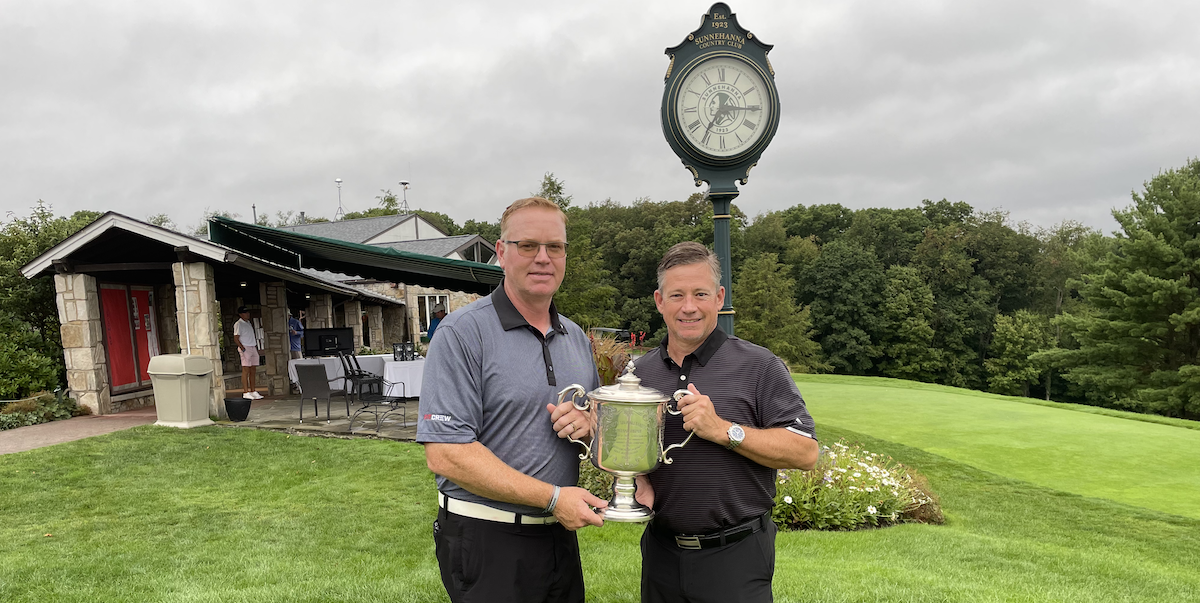 The WPGA Four-Ball Championship has made for many great stories over the 80 years of its existence. Some of the most successful players in Association history have their names on the Joseph Shea Alexander Memorial Trophy, names like Jack Benson, Frank Souchak, John Birmingham, Nathan Smith, Rick Stimmel, Frank Fuhrer III, Marshall Marraccini, Sean Knapp, David Brown, Jack Brand and Arnold Cutrell.

The latest names to be added to the trophy might not be the most recognizable, but it might be hard to find a duo that had more fun than William Smith and Brent Will.

“We didn’t club each other, we played our own game as if we were playing stroke play. There was no tension at all,” Will said.

It should be noted that there’s not much need for tension when a team puts a 61 up on the scoreboard for the other teams to gaze at.

That’s what Smith and Will did over the final 18 a week ago at Sunnehanna Country Club. The duo put together a 66 in the morning 18 and that didn’t leave a good taste in their mouths.

“The last three holes in the morning round it was raining pretty good,” said Smith a 52-year-old Furniture Sale Rep for Ashley Furniture from Newville, Pa., said. “The greens were very receptive but maybe we could have played a bit slower.”

That 66 had them in the hunt, but still had work to in the afternoon. They got right to it when Smith’s putter raged on fire, converting birdie putts on the first four holes.

“That was the push we needed,” said Will, whose real job is with the Department of Defense on the civilian side. He’s also a Titleist club fitter and is in the reserves. “It was very impressive. He had to make 100 or more feet of putts on that stretch.”

The victory was the first in WPGA competition for Will, while Smith had a victory in the long-ago West Penn Public Links at Chestnut Ridge.

Will grew up in Somerset and caddied for a time at Laurel Valley Golf Club.

“It was really enjoyable,” Smith said. “He’s such a good strong player. The putter was certainly my friend in the afternoon. And anytime you can be under par at Sunnehanna, that’s a very good thing.”

And, to make the victory even more special was this was the first time Smith and Will had played together in competition.

Two shots behind the winners was the combo of Hunter Bruce and Tanner Johnson. They also had had a 61 in the afternoon but was the 68 the two posted in the morning.