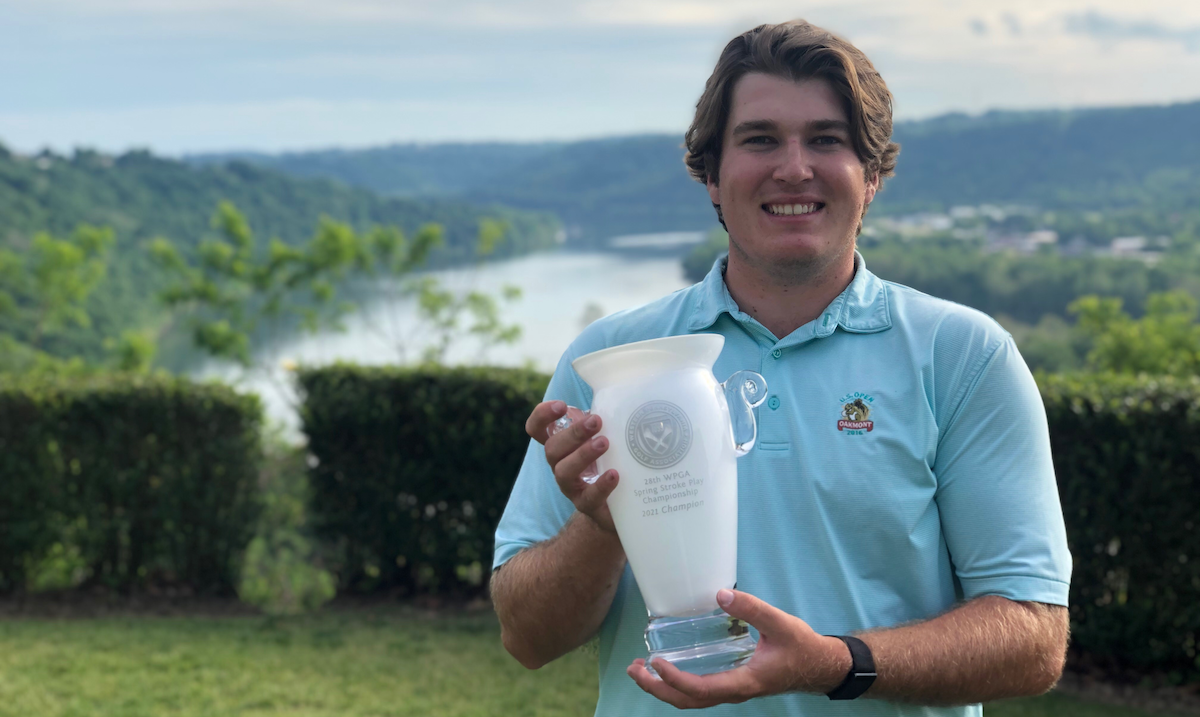 If there was such a thing, Neal Shipley would be the early leader in the race for West Penn player of the year.

He’s played in two WPGA events and has won both of them. The second of those came Tuesday afternoon at Williams Country Club in Weirton, W.Va. The event was the 27th Spring Stroke Championship, a 36-hole strenuous test that has produced winners with some of the most recognizable names in the history of western Pa. amateur golf.

Shipley double-bogeyed his first hole of the day, the 362-yard par 4 10th but then played the final 35 holes in 10-under par to finish at eight under par 136.

Shipley joined Williams CC last year and played there during Pennsylvania’s shutdown. No doubt that knowledge played a bit in how things worked out for the redshirt sophomore at James Madison.

“I played a good solid round of 71 in the morning and then had a really fun afternoon,” Shipley said. “Once things got rolling, I was trying to give myself a good look at birdie on every hole.”

And he had plenty of good looks, turning them into birdies seven times and finished with a 65. That was good enough for that three-shot win, even though Shipley admitted he was continually looking for ways to expand that lead to something more comfortable.

He said his best shot of her day came at the 497-yard 14th hole in the morning. After a big drive, Shipley had 220 left to the green. He covered that nicely with a nuked 5-iron. He missed the eagle putt but did make the birdie.

It seemed as though if you didn’t make 11 birdies over the two rounds, you didn’t have a real chance to win. Louis Olsakovsky matched Shipley’s birdie total. but couldn’t put enough heat on Shipley as a result of 3 bogeys and double bogey.

“The main thing today was my putter. I made a lot and that kept me in the hunt,” Olsakovsky said. “I’m just working on my game because there’s a lot going on this summer. It would be great to qualify for the Sunnehanna Amateur and the U.S. Amateur.”

Olsakovsky is one of the athletes across the country who has opted to take advantage of the extra season of eligibility offered by the NCAA because of the lost 2020 season due to the COVID-19 pandemic.

“I’m really happy and I like it there,” Olsakovsky said of Happy Valley. “I’ll keep working on my game. I had probably my best season this year. I finished in the top 15 in the Big 10 Championships.”

He was named the Big 10 Sportsmanship Award recipient after a season in which he was PSU’s top finishers in two events, a tie for ninth in the Kepler Intercollegiate. Olsakovsky recorded three of Penn State’s best single-round scores in 2021.

Olsakovsky was the Nittany Lions' top finisher at two events in spring 2021, tying for ninth in the Kepler Intercollegiate and sharing honors at the Big Ten Championships. He recorded three of Penn State's best single-round scores in spring 2021, including the team's low round on the final day of the Kepler Intercollegiate to help the Nittany Lions to a second-place finish at that tournament.