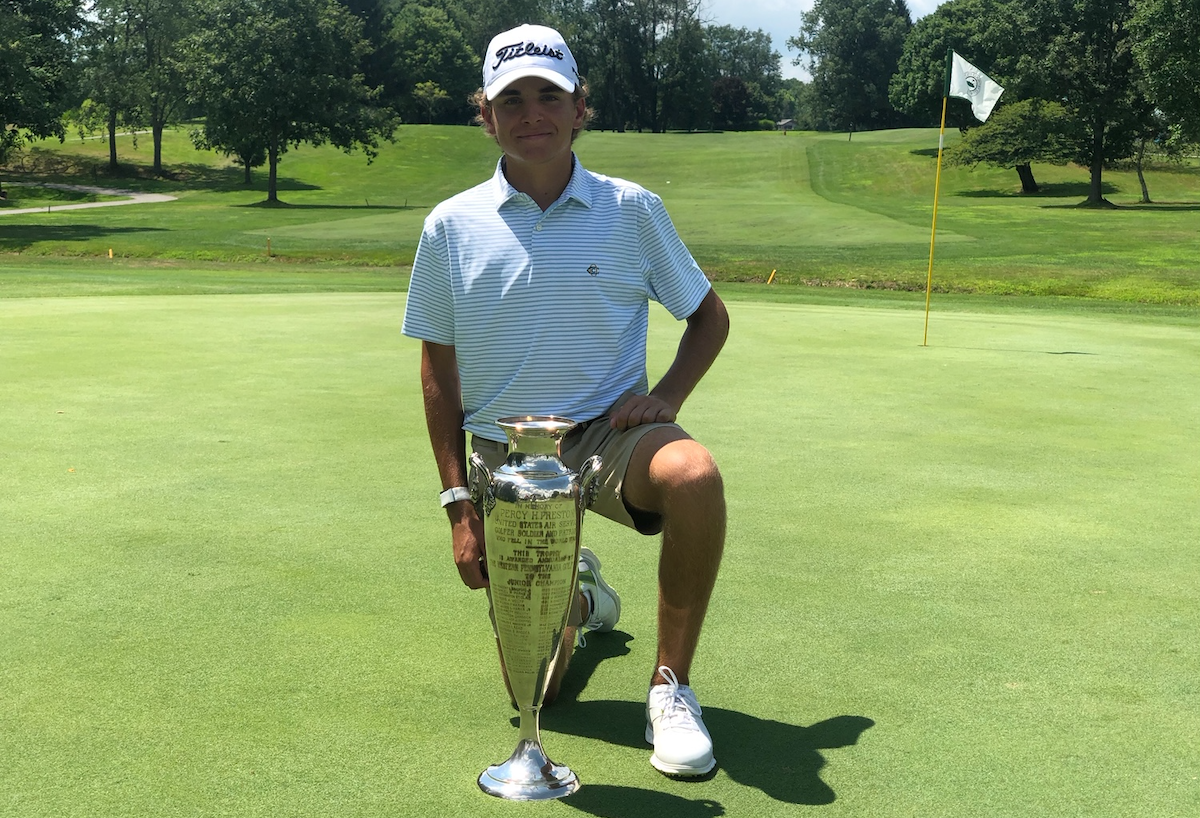 It’s safe to say that 15-year-old Rocco Salvitti learned some very important lessons at the Tri-State Open earlier this year when he shot a blistering 67 in the first round. He made birdies on three of the first four holes of the second round but he hit the skids to close out on the final four holes of the front by going bogey, double bogey, bogey and bogey.

He didn’t win that day, but he did Monday, firing a four-under par 68 to win the 100th West Penn Golf Association’s Junior Championship at Grove City Country Club. That was good for a one-shot edge over Ellwood City’s Justin Hand.

Following that second round, Salvitti said. “I hit two bad shots that cost me four strokes. I look at this as a really good way to start the season. This shows me that I can hang with some pretty good players.”

He not only hung with some pretty good players at Grove City, he beat all of them.

“I hit the ball very well today,” Salvitti, who’ll be a freshman at Pittsburgh Central Catholic this fall, said. “I hit every fairway and hit my irons really well, too. It’s my first West Penn title. I feel great.”

Hand finished his round about an hour and a half ahead of Salvitti and spent those 90 minutes uncomfortably waiting for Salvitti to finish.

“When I finished my round, I was in the lead,” said Hand, who attended Riverside High School and will be attending Tiffin University this fall. “I got off to a shaky start with a couple sloppy bogeys, although they probably felt worse to me than they actually were."

Hand assumed the lead with an eagle on the 565-yard par five 16th, a feat accomplished with a driver, 7-iron and 35-foot putt. He lipped out a three-foot birdie putt on 17 and drained a 30-footer birdie putt on 18.

Hand qualified for the U.S. Junior Amateur at Grove City last year, shooting a 69 on a day that wasn’t nearly as nice as Monday.

“We had a three-hour rain delay and it just wasn’t a very nice day at all,” he said.

Salvitti’s round got off well on the front with three birdies and a total of 33. He stumbled a bit early on the back, making a pair of bogeys on his first four holes. He matched Hand’s eagle on 16, parred 17 and birdied the final hole.