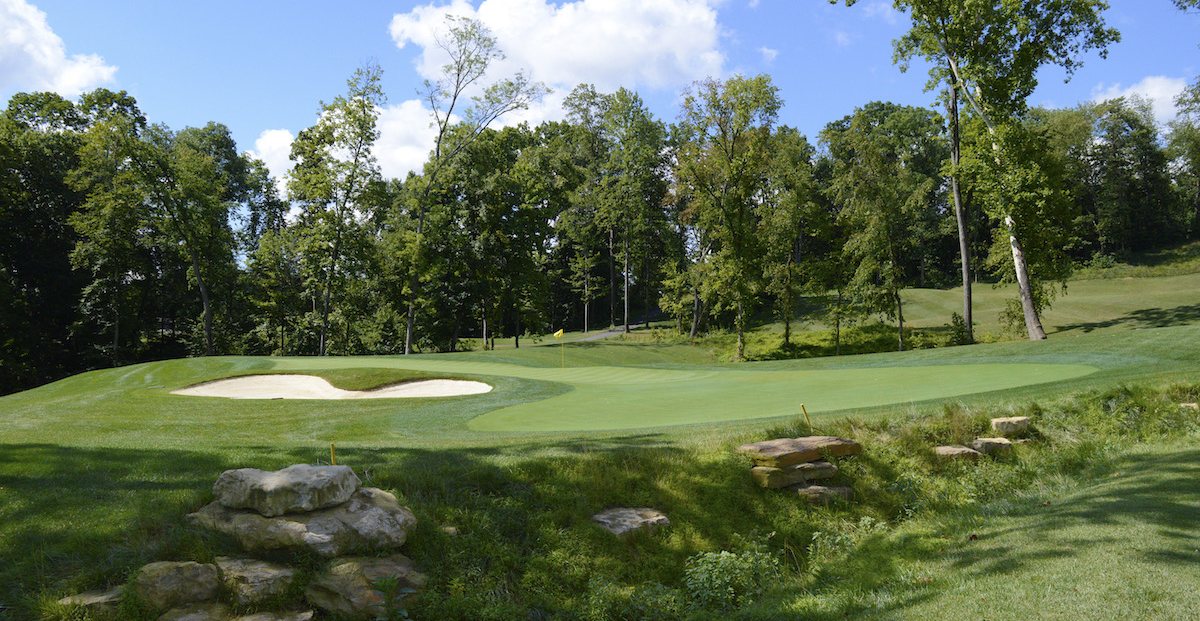 The Western Pennsylvania Golf Association will host the 116th playing of the WPGA Open Championship at Valley Brook Country Club later this week. The 27-hole facility will host the Championship for the third time with the last coming in 2000 when Brent Johnson won his first and only time. A title every top western Pennsylvania golfer wants on their resume, the WPGA Open Championship will again feature a great mix of the area’s top professionals and amateurs.

“It’s always fun to watch the pros and amateurs tee it up alongside each other,” said Mac Wolfe, Director of Competitions for the WPGA. “This event really showcases all of the talent here in our region.”

Unfortunately, some of that talent was forced to withdraw in the days leading up to the event, including the defending champion, Jimmy Gillam. Gillam hoped to be ready to play but has yet to recover from a back injury he’s been battling all summer. The 2017 Champion, Easton Renwick, also pulled out of the event due to work commitments. That leaves Devin Gee, Oakmont Country Club Head Golf Professional, as the most recent Champion in the field. He won in 2016 at Longue Vue Club by two shots over Mike Van Sickle. Van Sickle will look to claim his third WPGA Open Championship this week at Valley Brook; his last title came in 2015.

Western Pennsylvania Golf Hall of Famer, Roy Vucinich, will tee it up as the most decorated WPGA Open player in the field. He has won this Championship five times, a record he shares with World Golf Hall of Famer Jock Hutchison and Perry DelVecchio. Remarkably, Vucinich’s five WPGA Open victories have spanned across four decades, a testament to the longevity of the 72-year-old’s career. Beyond the WPGA, Vucinich has played in 89 events on the PGA Tour Champions, making the cut in 80 of them, and won numerous Tri-State PGA Section events.

Interestingly, an amateur hasn’t won the WPGA Open Championship since Nathan Smith did so in 2008. This week, Sean Knapp will headline the contingent of amateur players vying for the title. The winningest player in WPGA history, Knapp is still looking for his first WPGA Open title, one of only a couple WPGA Championships he hasn’t won. The 2018 WPGA Player of the Year, Brett Young, will also look to end the amateur’s drought. He finished in a tie for third in last year’s Open Championship at Oakmont. In all, 47 of the 78 players teeing it up at Valley Brook Country Club are amateur golfers.

Chestnut Ridge Resort- Tom’s Run and Montour Heights Country Club hosted the two qualifiers for this year. Sixteen players made it through Chestnut Ridge Resort, where the cut was 75, 3-over par. Anthony Muscato made 8 birdies and grabbed the medal with a 4-under par 68. At Montour Heights, 22 players shot 4-over par, 76, or better to make it to the Championship. Darin Kowalski overcame a bogey-bogey start to finish at 4-under par and took low scorer honors.

The 116th WPGA Open Championship will be played using an alternate routing of Valley Brook Country Club. Play will begin off Hole 1 of the Blue Course, then move over to play a mix of the Gold and Red Courses. The 54-hole Championship will take place from Tuesday, July 16th, through Thursday, July 18th. A cut to the low 32 players and ties will happen after the completion of the second round. First and second round pairings are now available, and live scoring for the Championship can be found on the WPGA website. For all the Western Pennsylvania Golf Association updates, follow the WPGA on Facebook, Twitter, and Instagram.